Heritage has a future

The Schladerer family has been producing its popular fruit brandy specialties in Staufen since 1844. Philipp Schladerer is the sixth generation to run the company. On September 7th and 8th, the distillery celebrated its anniversary with a big courtyard event.

Those who value fruit brandy know Schladerer. Above all, the two classics Williams pear and Black Forest cherry brandy are also very popular internationally. The starting point of the distillery’s history is the Kreuz-Post inn in Staufen. Here, in 1844, a certain Sixtus Schladerer began distilling cherry brandy. In 1876, Sixtus’ son Hermann Schladerer took over the prestigious inn with agriculture, viticulture, and distillery and made it one of the most popular inns in the Baden Oberland.

The next generation was to carry the Schladerer name throughout the world: Hermann’s son Alfred continued to run his parents’ business from 1919 and devoted himself entirely to expanding the house distillery. As a trained gastronome, the “marketing pioneer” knew how to help the house’s products become widely known, not least through the development of the iconic square bottle. Since 2010, Philipp Schladerer has been running the company in the sixth generation.

“The motto of our anniversary is ‘Heritage has a future’,” explains the Managing Director. “It describes very well my personal vision for the company and the Schladerer brand: we not only want to continue tradition, but also to use the knowledge and competencies within the company to – based on our origins – also break new ground.”

An example of this strategy of bridging tradition and innovation is GRETCHEN Distilled Dry Gin, which saw the light of day in 2018. It goes back to a house recipe that Philipp Schladerer’s grandfather Alfred developed for his wife Greta in 1947. The original recipe has been reinterpreted and expanded. 18 separately distilled botanicals form the basic framework of the tart, fruity gin, which is additionally refined with in-house quince brandy and spruce shoots.

The latest product from Schladerer, VINCENT Aperitif, also has a history: At the turn of the millennium, there was already a product with the same name. However, at that time the aperitif culture in Germany was still barely developed and VINCENT was not able to establish itself. Now the time is ripe for a new attempt. Like its predecessor, VINCENT Aperitif convinces with a fine balance of bitter and fruity notes. This is ensured by the combination of home-made bitter macerates (including gentian root and schinus berry) and a distillate of fresh wild raspberries.

Well positioned for the future

Not only the product portfolio of the Schladerer brand is being consistently modernized and expanded. The company itself is also undergoing a process of restructuring. Thus, superfluous warehouse capacities were sold and investments were made in new facilities, tank rooms and IT. An own sales team together with selected commercial agencies has recently taken care of the distribution of the products in on- and off-trade. In addition, the export business is being stepped up. And finally, the organic certification of the company should be available by the end of the year. 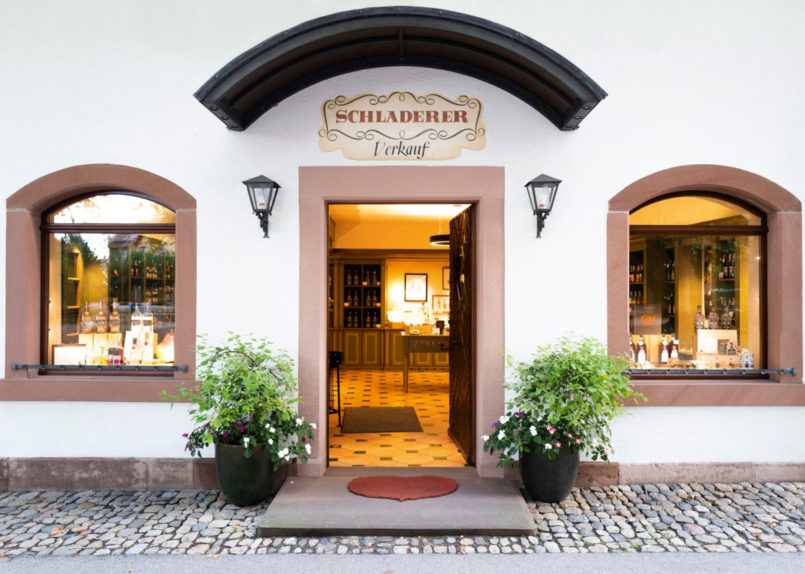 Virtual tour of our on-site shop! 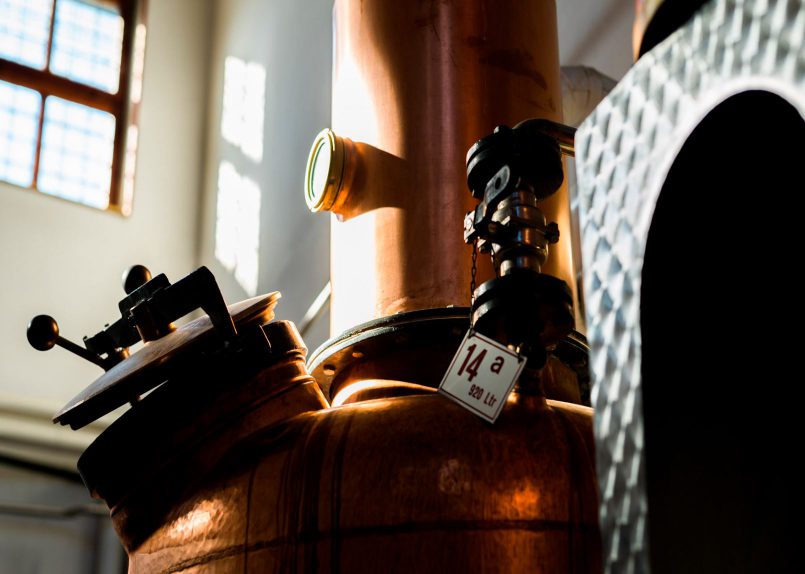 Are you interested in guided tours?
Then send an e-mail to
tour@schladerer.de